Director, Terri Sweeney is a British Podcast Awards 2022 and Sony Radio Academy award-winning campaigns and project manager with clients in the health, public and academic sectors.

During her 15 year career 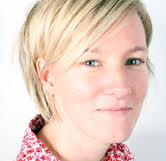 at the BBC she led creative teams to deliver content and PR strategies through national TV, radio, online, social media and at public events.

She has built partnerships with UK Government departments, the Third Sector and some of the UK’s leading organisations to raise awareness and engagement on issues from adoption, mental health, through to endangered wildlife and history.

Prior to her BBC career Terri was a financial journalist writing news and features on political and financial issues in the UK and internationally. Her work was published in business magazines and publications including the Financial Times, Global Market Review and Finance International. Terri also worked in corporate communications and Corporate Social Responsibility for Capital One Bank.